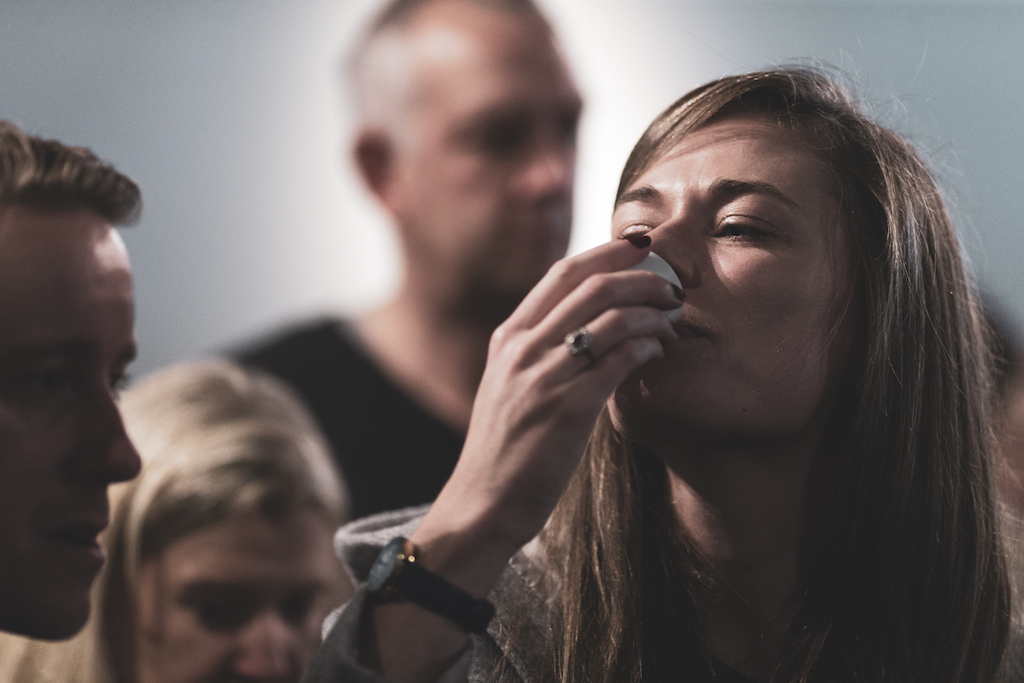 Want to get your eye in for Sake Matsuri? Or simply curious about it all? Self professed Sake Mistress (aka Simone Maynard) gives you a hint of what to expect!

The sake revolution is coming! Or at least the beverage that was received with apprehension by many for so long, is now mostly well received by a far greater audience in the West than ever before. It’s with thanks to this growing interest from outside Japan, that the interest from the younger generation of Japanese drinkers is also on the rise. However, with your interest, we could well be on the way to a revolution!

If you enjoy a drink or two with a meal and you’re not yet part of that audience, now is the time to get on board with Sake Matsuri just around the corner. Sake Matsuri is Australia’s first, and largest, sake festival and is back for it’s second year in Melbourne on Saturday 8th June. Presented by the team at Revel Global, Sake Matsuri offers tastings of over 60 different varieties of Japanese sake from several of Australia’s best importers. An exciting addition to the Melbourne event this year will be the attendance of a number of brewers from Japan hosting their own stalls, giving the audience a chance to meet some of the craftspeople behind the production of this unique beverage.

Sake consumption is on the rise globally, which is a wonderful thing and something that could well help save an industry that has been struggling in its homeland for many years. With the Western world’s growing fascination for all things Japanese, the Japan travel craze of recent years, (and the fact that more and more breweries are opening their doors to tourists), has given many people a wonderful introduction to the world of Sake, a far cry from the introduction most Gen-Xers, (myself included), and Baby Boomers had.

Mention sake to a number of people from these demographics and often their immediate response is “oh, you mean that strong stuff that gives you a hangover?”. My heart breaks a little each time I hear this. The unfortunate thing, of course, being that 15-20 years ago, the sake on offer in Australia was a far cry from what is available today. The stuff served to us back then, usually scalding hot (straight out of the microwave) in a small ceramic carafe (known as a tokkuri), drank from little white ceramic cups (o-choko), which made us instinctively ‘shot’ it’s contents, was not premium sake. No doubt it was some of the cheapest table sake, or worse, that was bulked out by copious amounts of cheap brewer’s alcohol and also contained sugar and a variety of other nasty additives. A completely different animal to premium sake, of which there are actually several different grades, (and that awful stuff you remember is not one of them). Sake, the word itself, in Japan is a word that encompasses all alcohol – not just the alcohol we call sake, (which is referred to as Nihonshu in Japan).

It’s often because of a bad first experience with a cheap and nasty sake, resulting in a cheap and nasty hangover, that people have formed their own strong opinions on sake and are reluctant to ever try it again, which of course, works against the industry’s favour. If your first sake experience was similar to what I have described, I implore you to reconsider your take on sake, as a whole new and delightful experience awaits you!

Most people I speak to that are not overly familiar with sake still believe it’s a spirit and very high in alcohol, when in fact, sake is a fermented and brewed beverage made from rice, (however, it’s not a rice wine), with an average abv of 15% – only slightly higher than your average chardonnay. Here are some other facts about premium sake that you may or may not know: sake is gluten free, sulphite free, preservative free, tannin free, and low in acidity and residual sugar. Sounding pretty good eh? It’s because of all of these qualities that sake is actually an incredibly food friendly beverage, dare I say it, in some cases more so than wine. Sake pairs well with a wide variety of cuisine, not only Japanese food, and in fact, due to the savoury umami character of sake, and the presence of amino acids, it pairs perfectly with one of the most non-Japanese foods out there – cheese. I’m yet to find a cheese that I can’t match with sake, or is it the other way around? Either way, if you don’t believe me, try it yourself sometime.

Sake is also a far more aromatic beverage than most people realise. With the rise of Ginjo-style sake, (where the rice is more highly polished before brewing), coming into Australia, more and more people are discovering the joys of drinking sake the same way you would a white wine – chilled, in a wine glass, alongside a meal – enjoying aromas such as pear, melon, green apple, lychee, and stone fruit. Those small ceramic cups still have their place, as does warm sake – in fact, it’s versatility and ability to be delicious at a number of different temperatures only adds to the overall appeal of Japan’s national beverage.

If you’re someone who prefers bubbles, try a sparkling sake – it’s a thing! Not a white wine drinker? No problem. Sake Matsuri has all palates covered – you’ll find everything from clear to cloudy (and even amber-hued), fruity to funky, mellow to meaty, and more. You’ll get the opportunity to try sake at different temperatures and talk to some of the most knowledgable people in the industry here in Australia, not to forget some of the brewers themselves.

What to try?
If you can, everything! (or at least a little something from each importer). Here are a few tips.

For the sake novice: Try starting with a Ginjo or Dai-Ginjo sake. These tend to be more delicate with more fruity aromas and flavours.

For fans of the fizz: Head over and say hello to Andre at Dassai Australia and try a sparkling sake from Dassai’s range. Deja Vu Sake, Sake Shop, Bishu Wine and Super Sake will also have a sparkling on tasting.

For those who like a little acidity: Try the Classic Senkin Muku from Domaine Senkin at the Super Sake stand. With a wine sommelier background, Senkin’s Toji (head brewer) is actually known as the King of acid in the sake world in Japan.

For fans of something sweeter: Whilst most sake has a subtle sweetness, you might wish to try a Kijoshu – a sweeter style of sake, usually quite rich and full bodied. Both Sake Shop and Bishu Wine will have a Kijoshu on offer.

For those who love warm sake: Taka and Rei at Sakenet are big advocates for Kan-zake (warm sake) and will have plenty on offer.

For those who love a red wine with their steak: Try a Yamahai or Kimoto style sake. These tend to be a little more savoury, rice driven and gamier on the palate. Also be sure to visit the brewer’s stand from Kenbishi and take home one of their koshu blends to enjoy with your meat and three veg – or try it with cheese – delicious!

For those keen to try a sake they will find hard to believe is a sake: Say hi to Matt at Black Market Sake and try the Suginishiki Koshu (aged sake) from 2006! Also a little differently delicious is the Kumamoto Genmaishu (brown rice sake).

Simone Maynard is a WSET Level 3 Sake Certified & SEC Advanced Sake Professional. This article is published with permission.
If you’d like to know more and more about sake, head to her awesome website sakemistress.com and follow her on instagram at @sakemistress